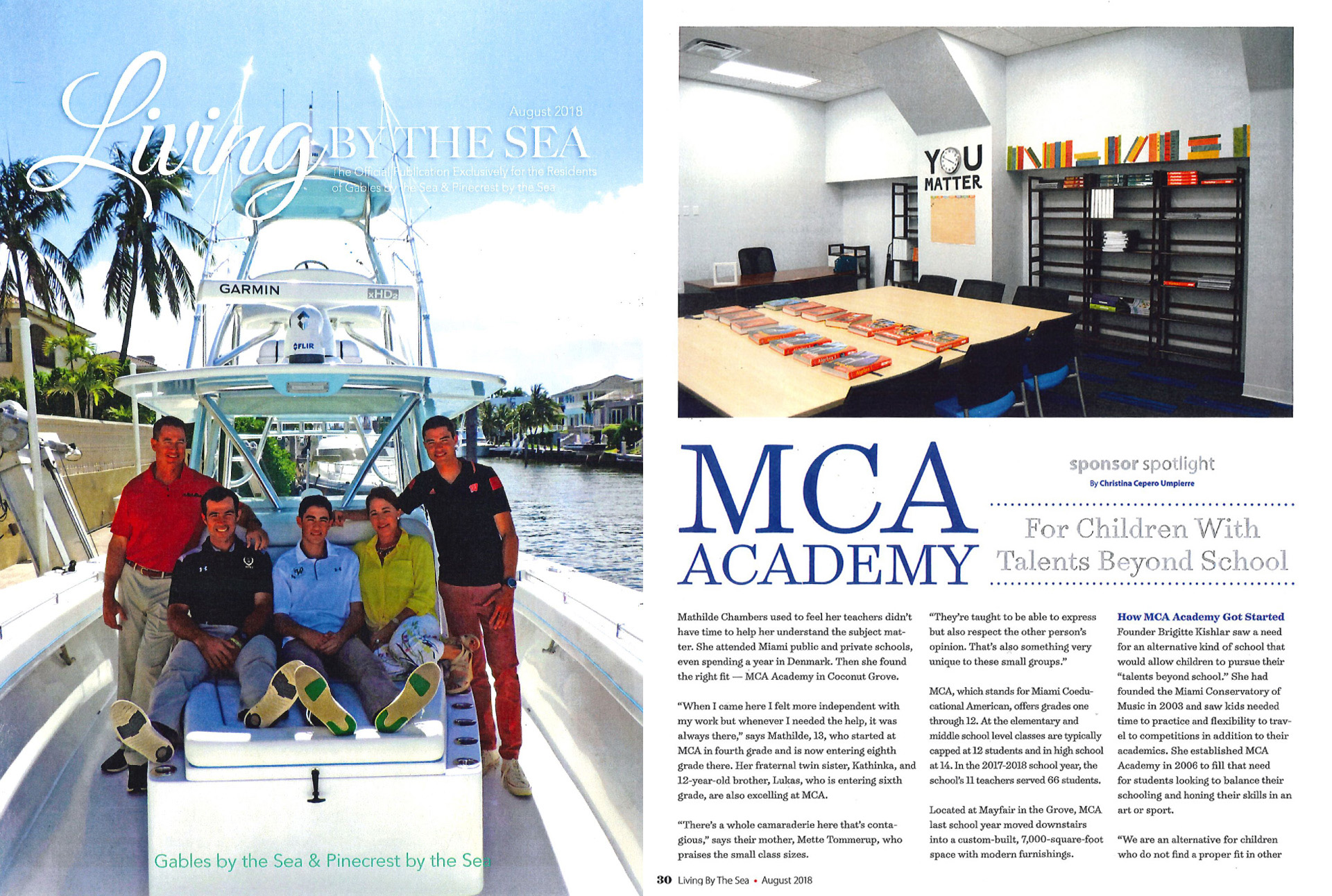 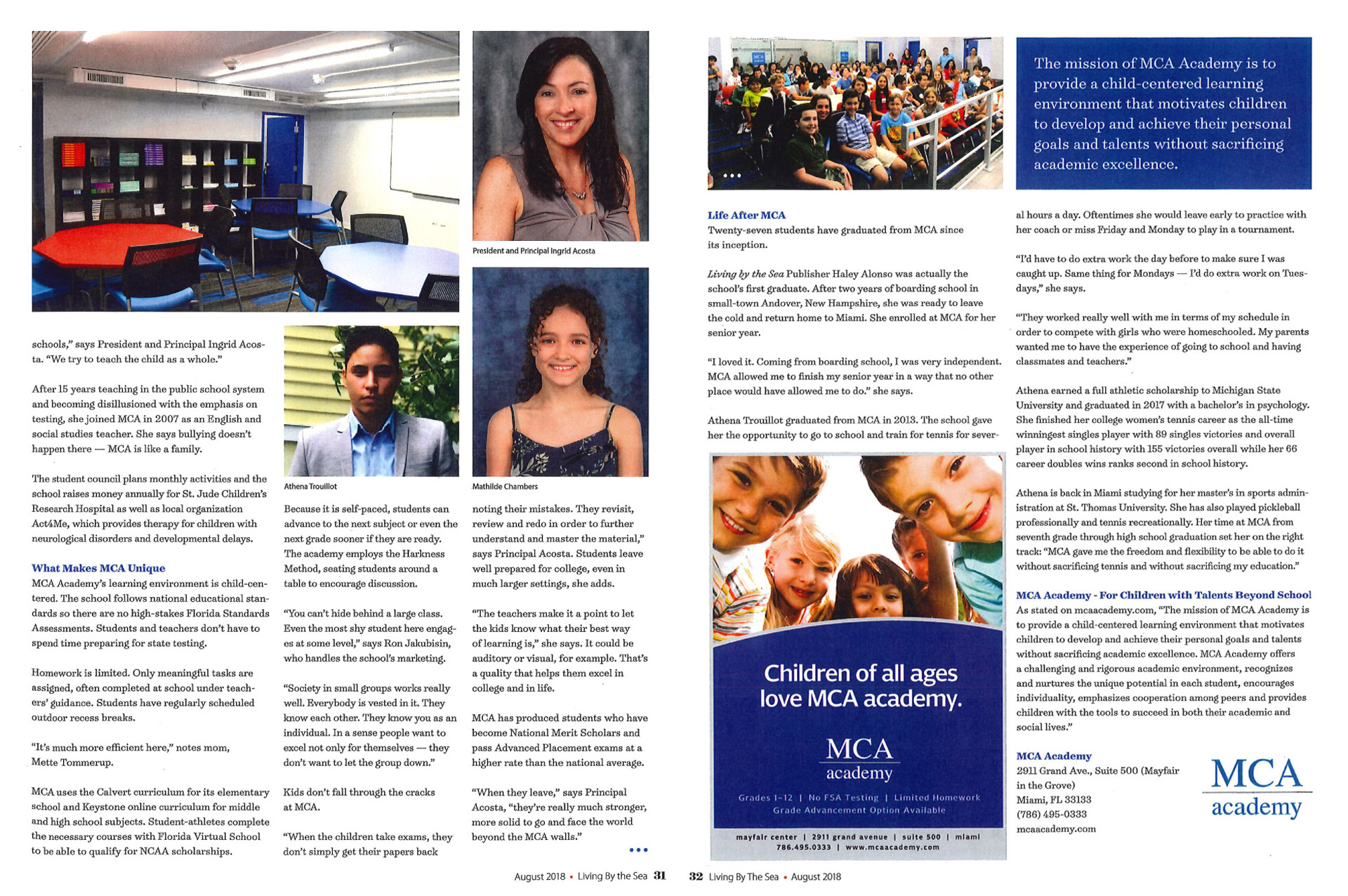 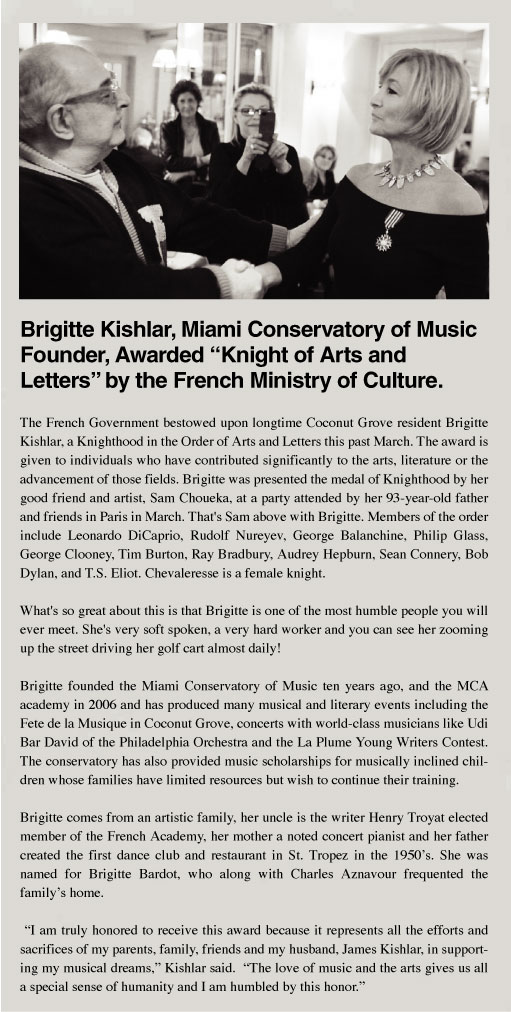 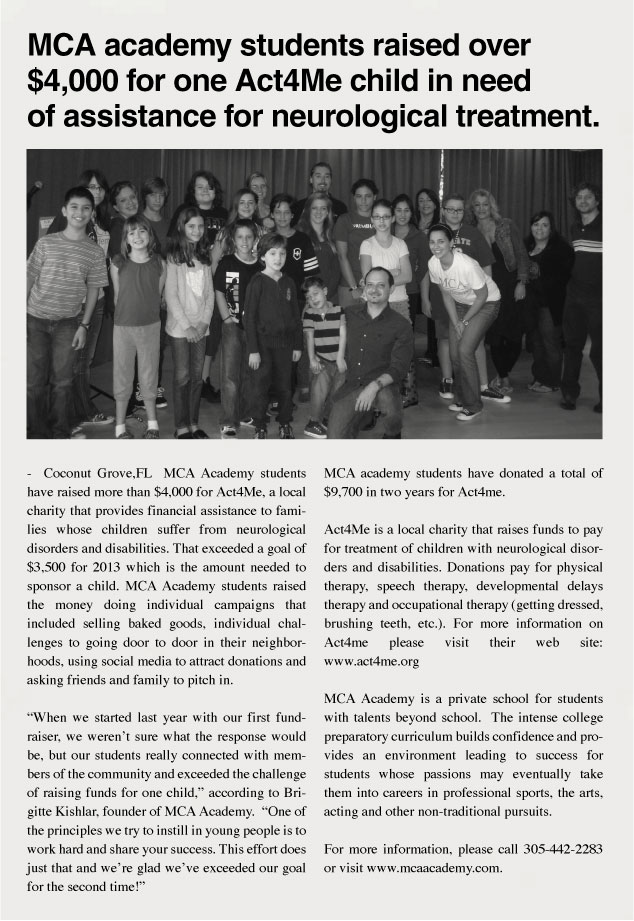 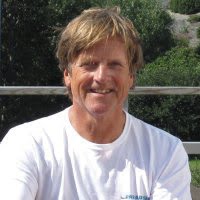 Olympic Gold Medalist Magnus Liljedahl and US Sailing Team members will talk about what they did as teens to train in their sport at an open house event at MCA Academy on Friday, January 20. Sponsored by SailLaser and the MCA Academy, the reception will also have student sailors from around the world who are in Miami for the Rolex Miami OCR Regatta. 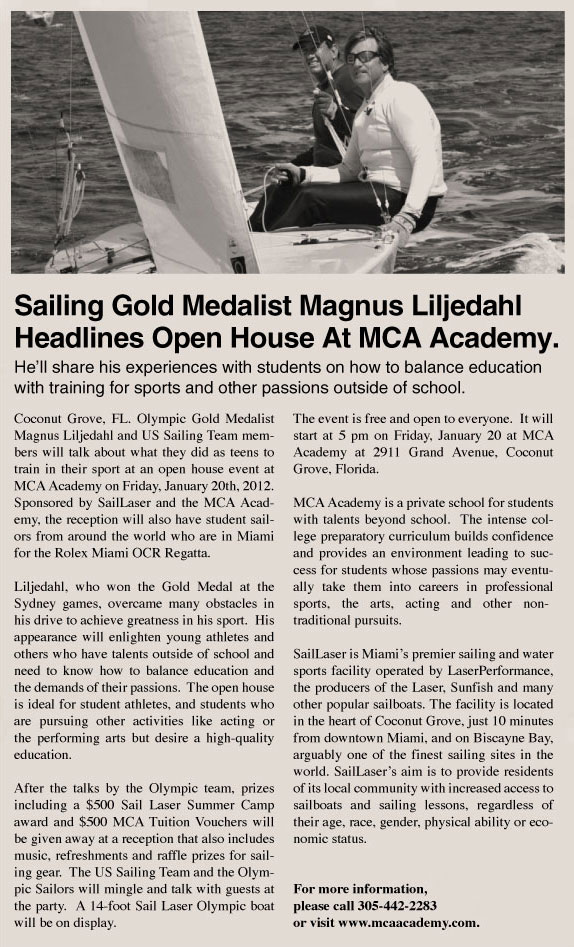 MCA Academy and the Bookstore in the Grove are hosting a reception and awards ceremony for the winners of the La Plume Middle School writing contest on Friday, November 18 from 7-9 pm at the MCA Academy (2911 Grand Avenue).

Refreshments will be served and copies of the winning essays will be presented. A commemorative book will be signed by the contestant/winners. 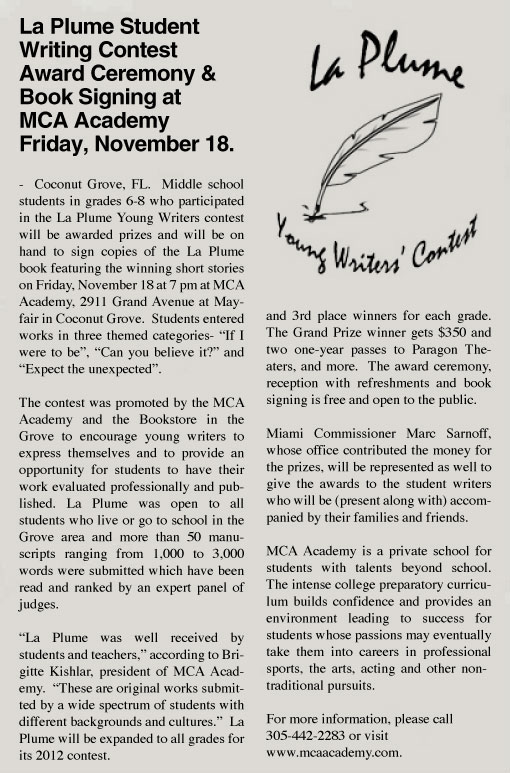 The MCA Academy has a new after school art program. Mixed media will be taught to students in the 12 week series, which will focus on the minds and methods of the masters.

Artists such as Georgia O’Keeffe, Vincent Van Gogh and Pablo Picasso are just a few of the artists that will be explored.